Yoga: The Art of Transformation

According to the Smithsonian’s website: Yoga is a global phenomenon practiced by millions of people seeking spiritual insight and better health. Few, however, are aware of yoga’s dynamic history. Opening this fall [pending the temporary government shutdown] at the Smithsonian’s Arthur M. Sackler Gallery is Yoga: The Art of Transformation, the world’s first exhibition of yogic art. 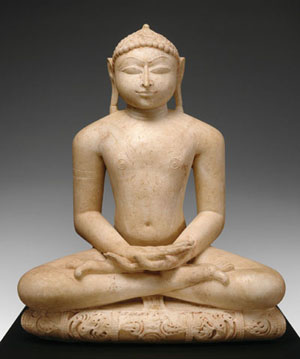 A marble statue of a Jina, an enlightened being in the Jain tradition, dated 1160. COURTESY VIRGINIA MUSEUM OF FINE ARTS, RICHMOND

Highlights include an installation that reunites for the first time three monumental stone yogini goddesses from a tenth-century Chola temple; ten folios from the first illustrated compilation of asanas (yogic postures), made for a Mughal emperor in 1602, which have never before been exhibited together; and Thomas Edison’s Hindoo Fakir (1906), the first movie ever produced about India. 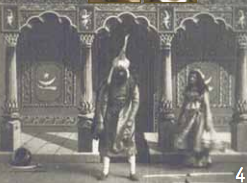 Through masterpieces of Indian sculpture and painting, Yoga: The Art of Transformation explores yoga’s rich diversity and historical transformations, including its philosophies, transformational goals, and importance within multiple religions. The exhibition also examines the varied roles that yogis and yoginis played in society, from sages to spies.

Yoga: The Art of Transformation is organized by the Arthur M. Sackler Gallery, Smithsonian Institution. Proposed dates for the exhibit are October 19, 2013 – January 26, 2014. If you have a chance to see the show, let us know how you like it here on WallSpin.