What do you know about Tibet? I’m betting it’s not from what you’ve seen in the headlines about the small Asian country – because there haven’t been any. I have to admit, I am somewhat ignorant of the state of affairs in the country. Tibet has been under military occupation of China since 1951.

Tibet is largely isolated from the Western world. What we don’t see is that each day the lives of Tibetans are under attack. Past basic human rights violations, sources of pride and culture like the Tibetan flag and national anthem, are banned. Possessing a photo of the Dalai Lama can result in imprisonment, or torture. Expressing ones desire for freedom will result in detainment, and even torture.

So it is with excitement and haste that the Art World sees one of the the first Tibetan Art Exhibitions to come to the United States. From a country whose message we rarely hear, we may hear their voices perhaps only through their art. Curator Rachel Perera Weingeist reached out to Tibetan artists all over the world to create the exhibition, “Anonymous: Contemporary Tibetan Art.” Creating the show as an anonymous comment from Tibetan artists, Weingeist believed more artists would be able to freely express what they experience under military oppression without fear of later consequences. To her surprise, the artists still chose to sign their names to each work, wanting to stand behind the image of Tibet they have chosen to share.

As Stephanie Strasnick reports for ARTNews, the exhibition has at times a solemn tone, with still seeing hope in some of the artworks. Much of the work is a comment on the merging of the traditional Tibetan arts culture and the contemporary images we know in the Western world today. 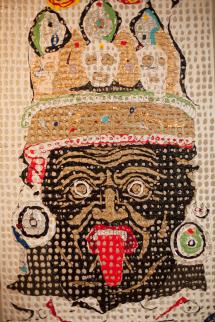 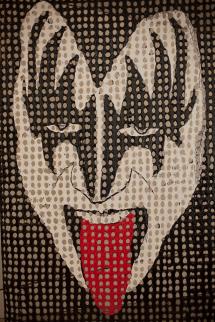 Funding and a majority of the artworks were generously loaned to the exhibition by Shelley and Donald Rubin, who donated a vast collection of Himalayan art to the Rubin Museum of Art in New York. “Anonymous: Contemporary Tibetan Art” is on view at the Dorsky Museum at SUNY New Paltz through December 15 and will travel to the Fleming Museum at the University of Vermont and the  Queens Museum of Art in New York next year.