Ai Weiwei: According to What? 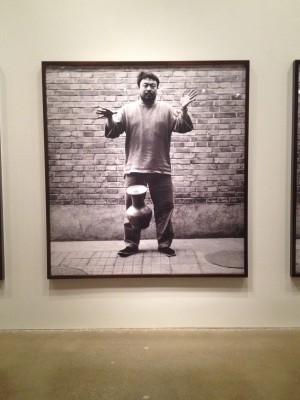 “I have lived with political struggle since birth. As a poet, my father tried to act as an individual, but he was treated as an enemy of the state. My detention was an extreme condition for any human to endure. Many, including my family and the people who know me and care about the incident, were frustrated by the lack of an explanation or reason. Some of my life experiences have been tragic and painful, but I value them all. Going through these events allowed me to rethink my art and the activities necessary for an artist. I re-evaluated different forms of expression and how considerations of aesthetics should relate to morality and philosophy. These reflections give new strength to my work. I am able naturally to conceive of works that confront the accepted ethical or aesthetic views. I’ve always believed it is essential for contemporary artists to question established assumptions and challenge beliefs. This has never changed.”

This is an except from Ai Weiwei’s According to What exhibition at the Hirshhorn Museum in Washington, D.C.

The exhibition is currently on view at the Art Gallery of Ontario, where I had the priveldge of experiencing it, so much so, that I wish to share it with you. 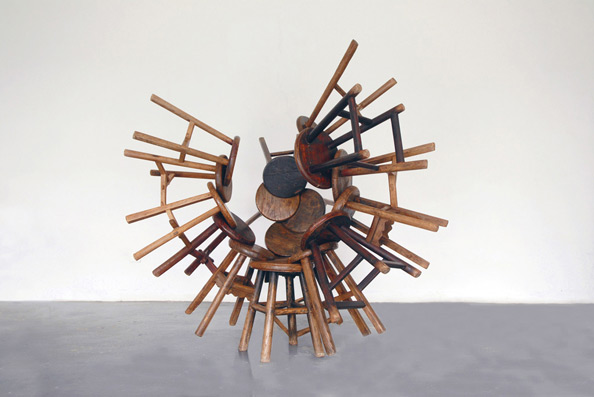 Walking into the exhibition is a statement in relation to Weiwei’s great source of inspiration and a source of fuel to his artistic activism. In 2008, a deadly earthquake destroyed China’s Sichuan state. Thousands were injured, and even more were killed. No exact numbers were officially released from the Chinese Government. It was known that a great number of students were killed in their poorly constructed schools. Supporting another artist, Ai Weiwei was part of a movement pressing for the the government to officially release data regarding the number of students killed in the tragedy. This was one of the few times in history the Chinese government has conceded to its citizens. The government declared that 5,335 students were killed. The government publicly announced to investigate the school collapses; this never happened. 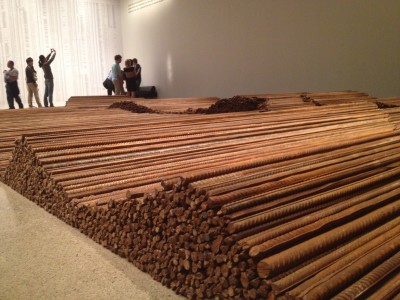 Shortly after the official announcement that came close to the one year anniversary of the earthquake, Ai Weiwei’s personal blog was shut down by order of the government. This was not the only form of surveillance Weiwei was under. His phone had been tapped and his mother was followed by police. What’s worse – over the years, his Shanghai studio was demolished by order of the state; he was victim of police brutality, enduring a severe a brain hemorrhage. Weiwei has been held in detention for up to three months with no valid reason as to why, and has endured multiple instances of house arrest. Currently he is unable to leave the country, as the government has revoked his passport, and ultimately his citizenship. 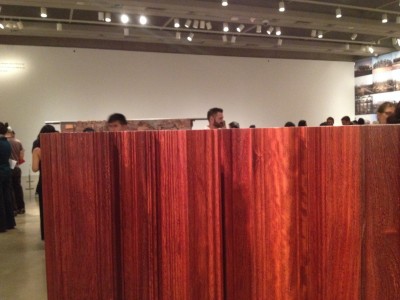 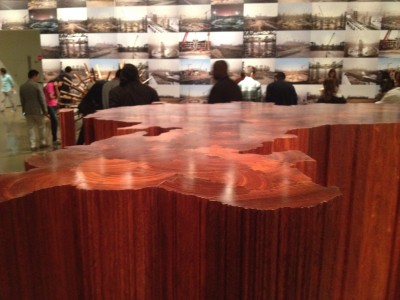 Ai Weiwei’s exhibition is a critical comment and expression of life under this communist regime. It also comes to question past traditional art practices, both Western, and those traditional to China. 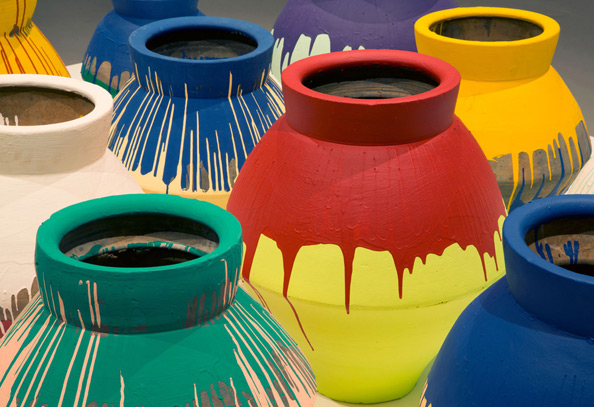 I found experiencing his works, and interpreting them, wonderfully overwhelming. Here I leave them with you to digest and assess. 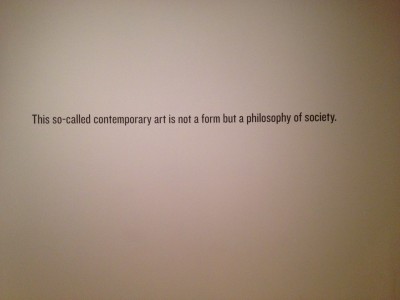 LEGO Won’t Sell to Ai Weiwei
Artist Ai Weiwei has accused Lego of "censorship and discrimination" after the company refused to allow him to use its bricks in a new exhibition. Lego refused a bulk order for...
Thanks, Mom!
The art world's famous Venice Biennale features Chinese artist Ai Weiwei, whose two powerful solo exhibitions are fiercely political. The New York Times called him an “eloquent and seemingly unsilenceable voice for freedom.” Chinese authorities refused to allow him to leave the country to go to Venice to install his work...