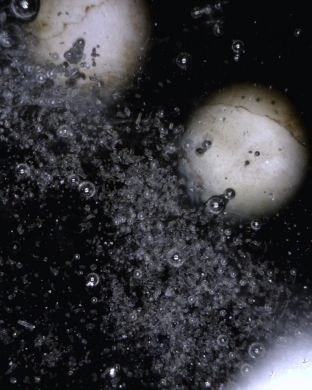 Since the universe is so vast, many people speculate that there is life beyond Earth—and some even believe that these aliens have visited Earth. UFOs or not, the universe—everything it consists of—is beautiful and perplexing, so it’s no surprise that many artists draw inspiration from the idea of space.

Some associate the galaxy around Earth with UFOs, whether they are in the form of celestial, angel-like creatures, green martians, or tiny men in spaceships. Some focus on the ethereal beauty of the universe as we know it, complete with its twinkling stars and massive, colorful planets.

“A Break in the Clouds” by Karen Hansen on Zatista.com

Whatever the case may be, these Zatista artists have succeeded in emphasizing the mystery of the universe via painting or photography form. Many depict what they perceive to be the reality of space, stars and all, some create what they suspect is beyond Earth, and some portray a combination of the two.

“Landscape With a Beam of Light” by Michael McJilton on Zatista.com

Feast your eyes on beautiful portraits of twinkling stars and boundless space, paintings of life on mysterious planetary terrain, and everything in-between.

“Galaxy” by Michele Morata on Zatista.com

“A Walk on Mars” by Jacquie Gouveia on Zatista.com

“Moonscape” by Anne B. Schwartz on Zatista.com 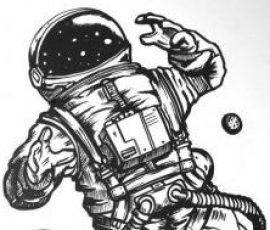 What Does Our Future Look Like?
I’ve been thinking a lot about robots lately. From Wall-E to those little guys flying in the sky for Amazon, it seems technology is expanding at a rapid rate and it may only a matter of time until we have our own personal assistants rolling around on wheels with us wherever we go. That would be pretty fun, now that I think about it ...
Bonsai In Space
Japanese artist Azuma Makoto launched a 50-year-old bonsai tree and a bouquet of flowers into space last week. The result are some of the most surreal, extraterrestrial images since Apollo 8′s famous Earthrise...