There are a lot of advantages to living life as a Big-city Dweller; Seamless is a religion (it’s not just pizza at 3 a.m. anymore….it can be sushi, steak, salad, or even a meatball sub delivered to your door!), “mowing the lawn” is a foreign concept, and the cable guy doesn’t have the “you’re too far away” excuse. However, some big cities tend to catch a lot of flak for being menacing, bustling, smelly eyesores to their inhabitants.

A city setting can be an artist’s greatest fantasy or worst nightmare. It’s true that metropolises lack lush forests and babbling brooks, but there’s always something to pay attention to, whether it’s a teenage girl decked out in head-to-toe retro:

“North Side Kids, Pittsburgh, PA” by Joel Degrand on Zatista.com

A cluster of fallen leaves on the sidewalk, marking the beginning of Autumn:

Or a scowling woman braving the city’s whistling winter winds on a dreary weekday morning.

“Commute” by Debbie Pacheco on Zatista.com

Besides, now that Fall has officially arrived, long gone are the days of lounging by the beach or hiking in the mountains. People are locking up their rural-setting summer homes and throwing away the keys—until May, that is. Life will resume as normal September-May, so cities are back in the spotlight until the temperature hits 75 degrees again.

The opportunities for city inhabitants are endless. You never know who you’ll run into on your way to work, Starbucks, or the local bar. There’s never a shortage of events to attend or movie theaters to inhabit on rainy Saturday afternoons. If your favorite band is touring, they’re bound to make a stop in your city. And there’s no such thing as “driving two hours to the big mall to shop at Nordstrom or Saks”; you have every coveted retailer at your fingertips—or just a subway ride or bus stop away.

“Parisian Woman with Shopping Bag” by Warren Keating on Zatista.com

Other “perks” aren’t so enticing to some country-lovers. Many necessary evils of city life may seem like dreams come true to some, and torture to others. Public transportation, for example, has pros and cons. Pros? No car payments, sky-high gas prices, or worries about car accidents. Cons? Unreliability, commuters with B.O., and rising subway prices.

At times, it’s almost impossible to escape loneliness in the big city. The buildings are vast, the streets are never-ending, and the monuments are menacing. It’s easy to feel insignificant and overlooked among the watch-gleaming investment bankers, stick-thin runway models and aggravated, exhausted service industry workers.

“Still” by Sarah Lapp on Zatista.com

But, it’s just as easy to find your niche, that place where you belong. Somewhere among the millions and millions of city-dwellers, commuters, and tourists lies a group of trustworthy, like-minded friends who will make you feel right at home in the otherwise-intimidating city.

“MOMA” by Kevin Brewerton on Zatista.com

Lastly, for the artist within us all: the city has more to offer than one might think. Though there won’t be miles and miles of blooming meadows come Spring, a bright city evening is a breathtaking, nightly occurrence. If you’re ever feeling out-of-touch or overwhelmed, try taking a trip to a borough to see the city for what it truly is—beautiful, boundless, and, above all, your home.

“Skyscrapers in Montreal- Cityscape” by Cristina Stefan on Zatista.com

art of a city city art 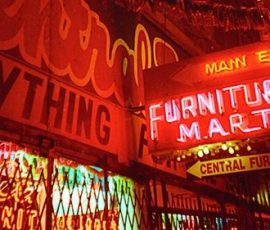 Inspired By The City
Sometimes I find that the hustle and bustle of a big, crowded city distracts you from the true beauty of it. The neon signs and stunning architecture of the skyscrapers are just a few of the things to admire. Living in a big city is definitely not for everyone, but the access to arts and culture is something that can and should be admired by all.
The City Life
Maybe you’re an admirer of the city life, venturing downtown on occasion or on business trips. Regardless of your personal scenario, there is always a little something to attract everyone to the city...