For the past three months, thousands of art lovers, technology buffs, and eager on lookers have waited in long lines outside of New York’s MoMA PS1 in 90 degree summer weather for a chance to experience “Rain Room,” a temporary art installation by rAndom International, which simulates a downpour, simultaneously encouraging people to become performers on an unexpected stage and creating an intimate atmosphere of contemplation. And you don’t even have to get wet. Oddly enough, Rain Room didn’t thrill the art critics. Writing in The New York Times, Ken Johnson said, “ ‘Rain Room,’ for all its entertaining ingenuity, seems little more than a gimmicky diversion.” But you’d never know that based on the thousands of photos depicting Rain Room coursing through the veins of social media — mostly silouhettes back lit like stars in a Hollywood film. Can you blame them? People these days love immersive art, and who doesn’t love getting a whole lot of likes on their Instagram feed? 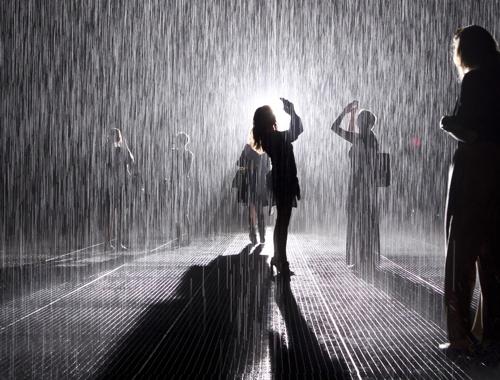 According to the New York Times, “Sunday was the last day to experience “Rain Room,” that field of falling water digitally programmed to create a carefully choreographed downpour, using motion detectors to create a dry path for viewers. To accommodate as many people as possible, the Museum of Modern Art extended its hours — just on Sunday, and just that room — keeping it open until midnight, rather than 5:30 p.m. Since it opened on May 12 at a vacant lot to the west of MoMA on 54th Street, “Rain Room’’ attracted about 65,000 visitors, some of whom waited in line for up to nine hours.” 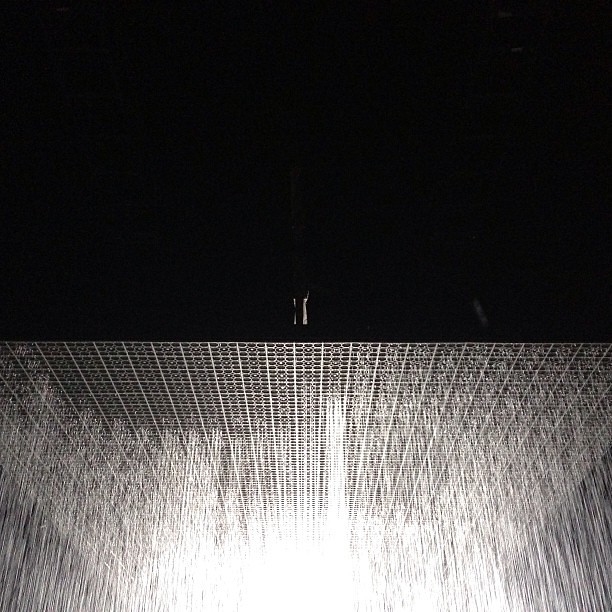 photo via: liquidx on flickr.com

Yes, the installation is down, but the memory lives on.

Top 10 Arts Stories of 2013
From blockbuster exhibitions to architecture, from hip hop to pricey auctions these were the top arts stories of 2013...