Happy 2015! It’s a new year, and for many, symbolic of a fresh start. A blank slate is welcomed to erase the mistakes of the previous year and to make positive progress. Looking to start fresh with your décor as well? Art doesn’t need to be overly busy or vibrant to make an impact. Minimalist works with simple lines/shapes and with the majority of work in just one or two colors can add modern sophistication to a space. Start the New Year off right with these and other great pieces on Zatista.com!

Less Than by Marc Plouffe on Zatista.com

SIMPLICITY NO.6 by Michele Morata on Zatista.com

Recharged by Ellen Brook on Zatista.com

PINK by Wes Wheeler on Zatista.com

Yin-Yang by Bonnie Lammar on Zatista.com

Minimalist works can be found across all mediums and sizes. A simple, monochrome frame often adds to the stark geometric quality of these works. As the old saying goes, sometimes less is more. 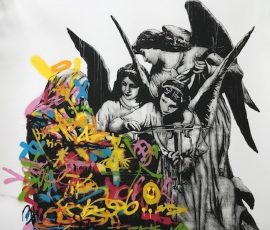 Fresh & Recently Listed
For whatever reason, we tend to gravitate towards new things. Music, art, and culture is always evolving and usually, the latest release propels us closer to that next step of the universe. On Zatista, you can explore what's fresh with the “recently listed tool.” Find original art of all types and see what's newest to the site... 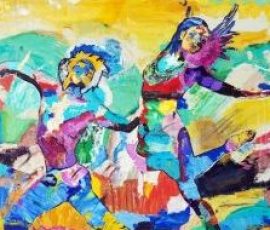 Spring Cleaning
Don't be afraid to explore new things and new styles. With a new, cleaner vibe in your home, it might just be time to expand your taste. If you've always been into crazy patterns, try something minimal. Or, if less has always been more, check out a bold collage ...