As a society, we live with a kind of air of ignorance – we like to believe we know all, have seen all, and think we are all. We have experts from everything from the most minute aspect of a spaceship, to experts on microscopic critters that walk the depths of the ocean floor.

I like to believe there is a lot we still don’t know and that magic things exist which we may never understand. So, it should be no surprise that we are still discovering the unknown. Look at the animal kingdom’s discovery this summer – welcome to the family the teddy-bear like olinguito! This raccoon-like, 2 pound carnivore has been hiding in the depths of the foggy and dense forests of Colombia and Ecuador.

Much like the olinguito hiding in the cloudy mist high up in the trees, van Gogh’s “Sunset at Montmajour” has been hiding in an attic, waiting to finally be authenticated. For the past century, this work has been considered a fake until Monday, when the Van Gogh Museum announced that the work of art was a genuine creation of the earless man himself. 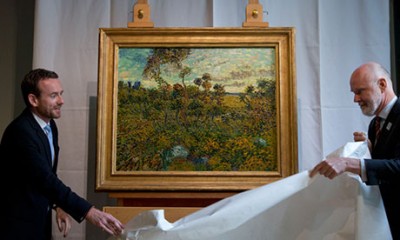 Painted in 1888, “Sunset at Montmajour”, should now be considered one of van Gogh’s most quintessential pieces, painted during the same period as his iconic works “Sunflowers,” “The Bedroom,” and “The Yellow House.” I’m surprised the truth wasn’t evident sooner as the setting in Arles around Montmajour was one the artist visited and painted frequently. 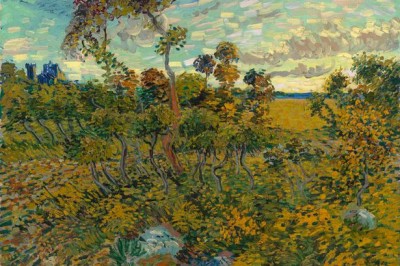 James Roundell, art dealer and the director of modern art from the Dickinson Galleries in London and New York, said it is common to have early van Gogh works come to surface, but a piece from his mature years is very rare. What is most intriguing about this discovery is that in this piece he is working in the tradition of 19th century landscape painting, known more to the impressionist era than the later post-impressionist. In the February of 1888, van Gogh moved to Arles and began studying the landscapes of Provence and working “en plein air,” much like we see from Monet and Renoir. 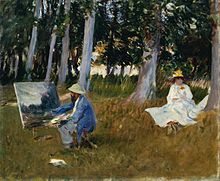 Monet, Painting by the Edge of a Wood, 1885, www.wikipaintings.org

Set at dusk, the painting reflects similar coloring to some of the classic romantic landscape work iconic to John Constable. Van Gogh’s scene depicts the rolling and forested plaines surrounding Montmajour, with details of wheat fields and the ruins of the Benedictine Abbey in the background. The inclusion of the Abbey eludes to even more romanticism, specifically Caspar David Friedrich’s, “Abbey in the Oak Forest.” 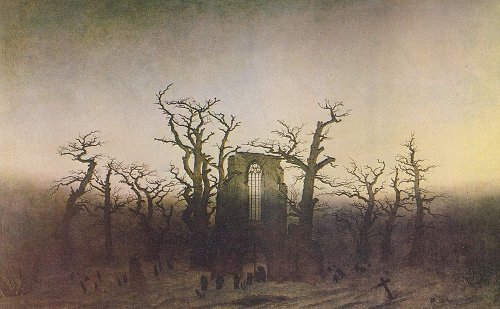 Beginning September 24 for one year, the painting will be on view at the Van Gogh Museum when it will be added to the current exhibition “Van Gogh at Work.” After one year, it is unknown what the current owners wish to do with the piece.

The Art of Impressionism
The focus of impressionism is on the eye of the beholder. The painter captures an object as if they took a glimpse of it, turning it into a work of art that can be pondered upon by many...
An Artful Life
I'm not sure about you, but I still can't quite believe the very sad news about Robin Williams announced ten days ago. His public life was definitely an art form, that's for sure. In addition, Williams' career occasionally collided in unexpected ways with paintings by famous artists...