Many know that the Venice Biennial is a major contemporary art exhibition which takes place once every two years (in odd years) in Venice, Italy. At the Biennale, scores of superrich collectors arrive in Venice by sea, joined by museum directors, curators, artists, auction-house experts, and plain old art lovers alike. 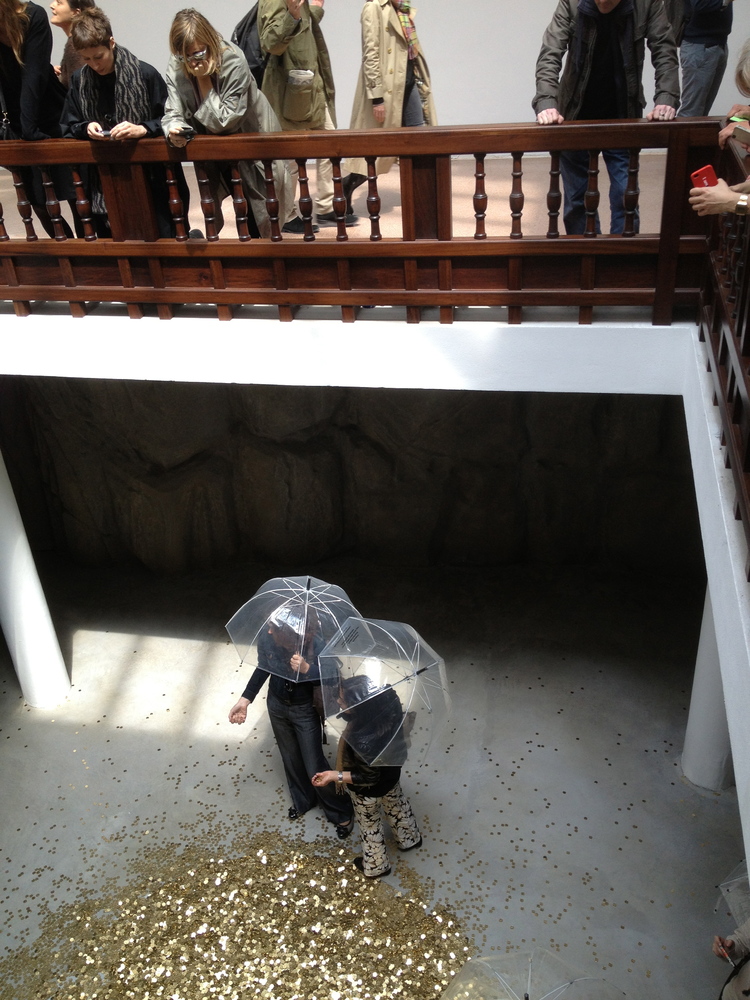 Female volunteers protect themselves from dropping coins at the Russian Pavilion

Though not all viewers are cut from the same cloth, they all come to see and be seen and to take the temperature of contemporary art today. But amid the glamorous parties and the people-watching — there is also serious talk about the current market for art. 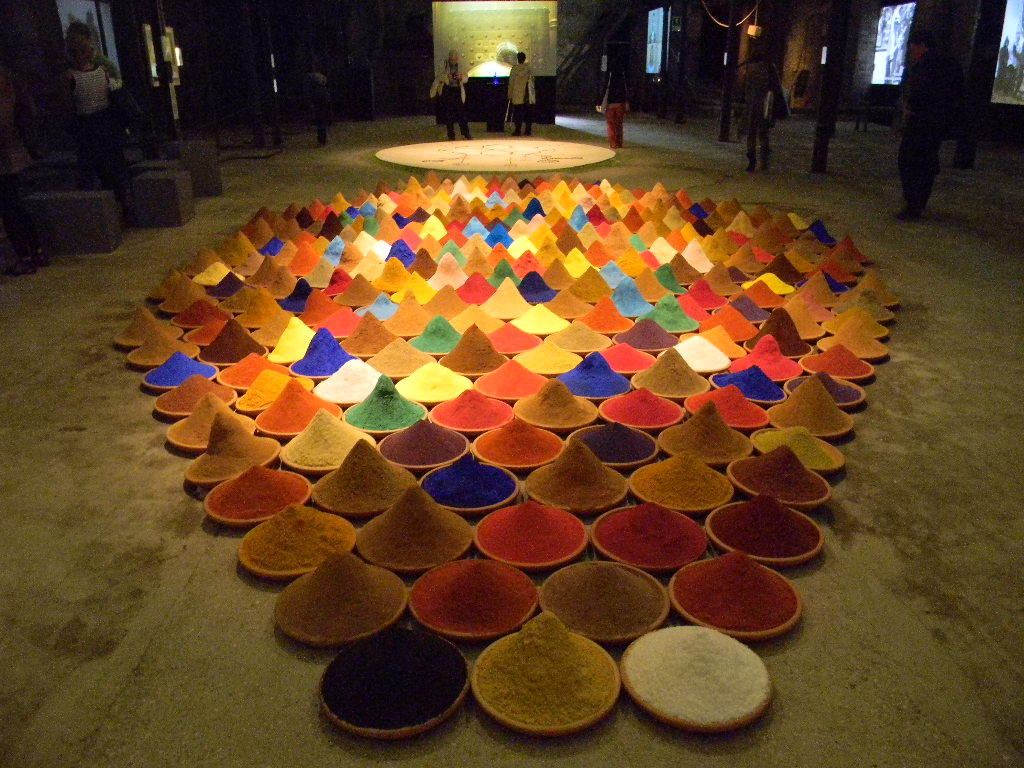 Yet the New York Times reports Thomas P. Campbell, director of the Metropolitan Museum of Art as saying, “this Biennale is anything but commercial. [The Biennale’s 39-year-old artistic director], Massimiliano Gioni has managed to bring together a surprising and interesting group of artists in an exhibition that is both thought-provoking and engaging.” 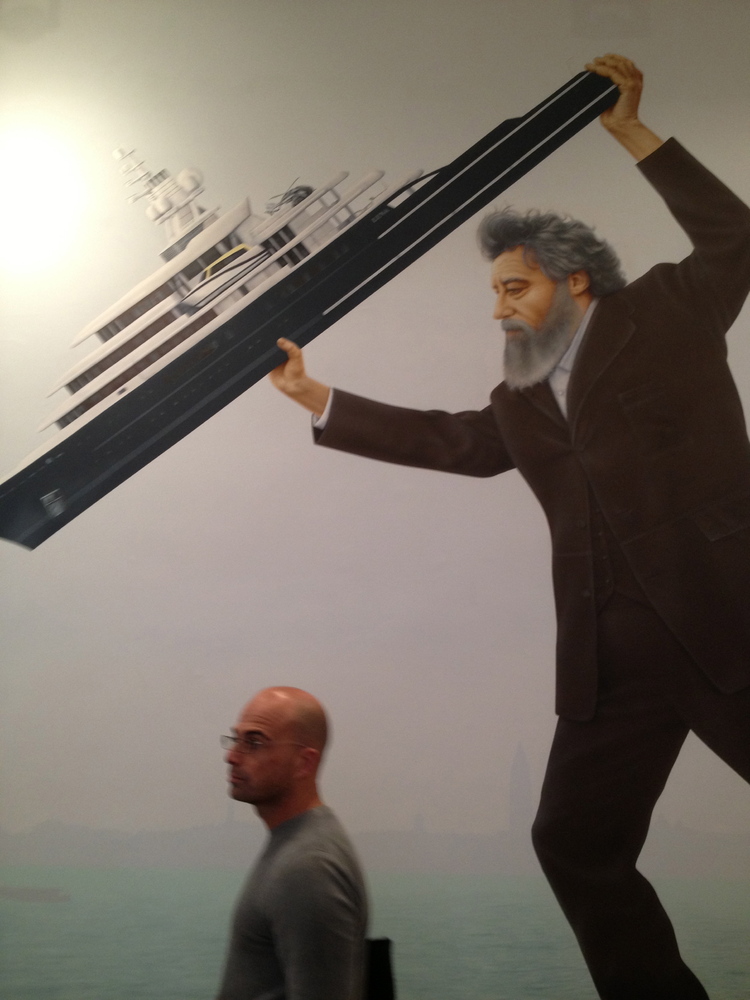 A wall scene from the British Pavilion, headed by Jeremy Deller 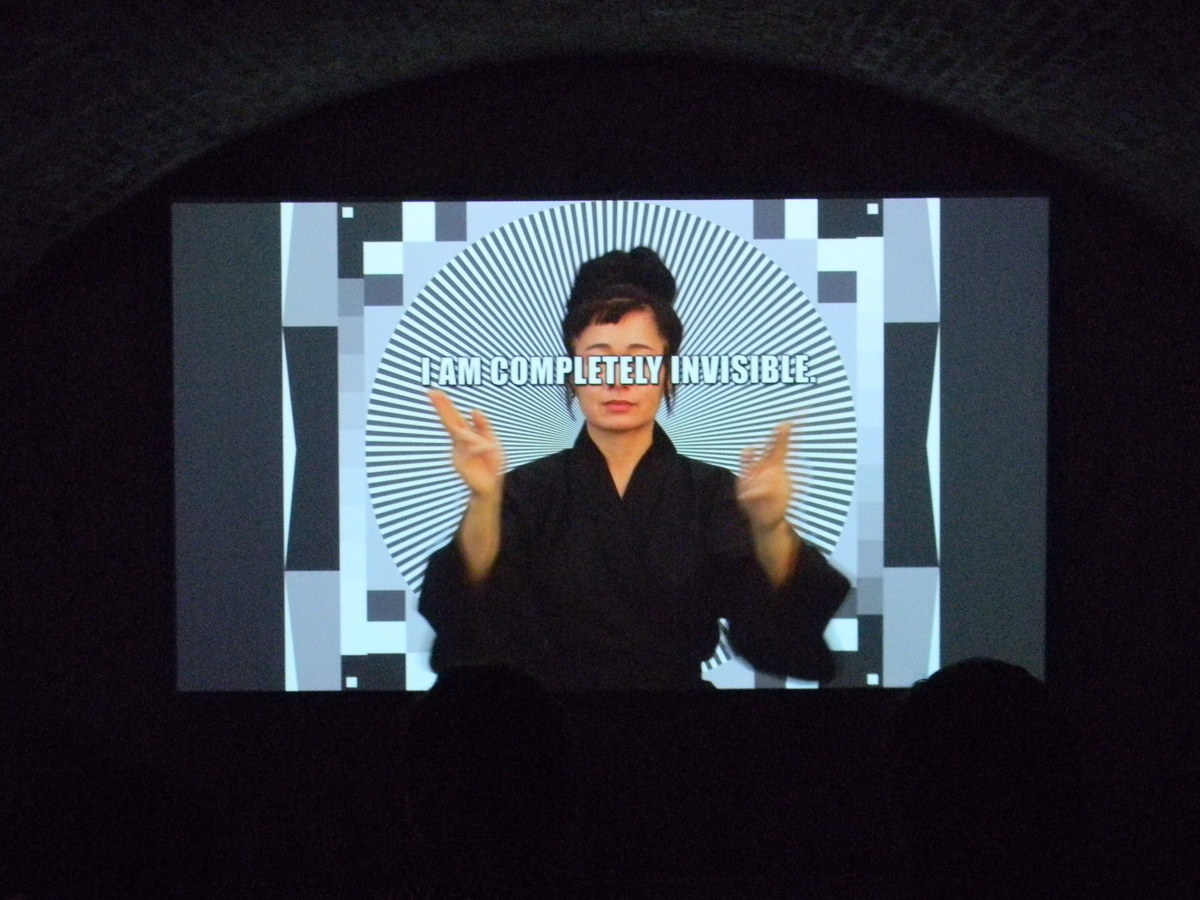 Hito Steyerl's "How Not To Be Seen"

The formal Biennale is based at a park, the Giardini. The Giardini includes a large exhibition hall that houses a themed exhibition curated by the Biennale’s director. The Giardini houses 30 permanent national pavilions. Countries not owning a pavilion in the Giardini are exhibited in other venues across Venice.

With 88 countries participating, 10 of those for the first time, there is a lot of art to see. In the U.S. pavilion, artist Sarah Sze‘s installation, “Triple Point,” comprises thousands of souvenirs of Venice and of her own labor, from color-coordinated postcards and sand to boulders and sawed-off ladders:

A newcomer this year is the Roman Catholic Church who will sponsor its first pavilion at the Venice Biennale, featuring the Czech photographer Josef Koudelka, the Milan-based multimedia group Studio Azzurro and the artist Lawrence Carroll. The New York Times notes, “the Vatican’s presence at the Biennale is the brainchild of Cardinal Gianfranco Ravasi, an exuberant polymath who as president of the Pontifical Council for Culture since 2009 has tried to build bridges between the church and contemporary culture, two worlds that have often clashed.” 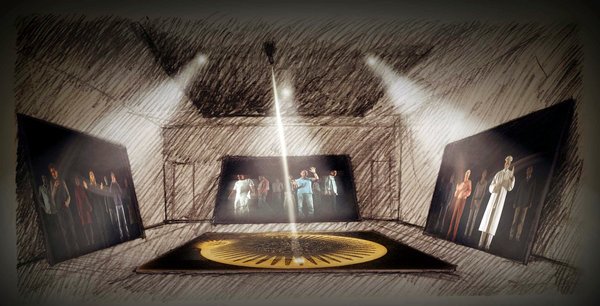 Rendering of part of the Roman Catholic Church’s pavilion for the Venice Biennale, with works from Studio Azzurro Image via Reuters

If you’re like me and you aren’t jet setting to Venice to see the Biennale this year, make a point to read about the exhibition and learn more about the participating artists over the next couple months. These are names you will continue to hear about in the news, read about in art journals, and see in museums in years to come. It’s also a great way to keep track of the trends in art and get a feel for how important art is in our lives and to people all around the globe.