Neil Harbisson is making it official. The Barcelona artist, who wears an electronic device that allows him to hear colors, considers himself to be a cyborg – so much so that he wants it included in his passport photo.

Harbisson was born with achromatopsia, a condition of total color blindness, which is congenital. He says that he actually hated color as child due to his inability to perceive it. Choosing to become an artist might seem like an unlikely choice for someone in his position, but he has clearly found an innovative way to overcome his obstacles.

The “Eyeborg,” which he developed with a partner he met at a cybernetics conference, allows Harbisson to hear colors as tones. All in all he has charted and recognizes 360 colors (based on the color wheel) as distinct sounds generated by the device. He calls his system, “Sonochromatic Scales,” and generates paintings and videos using associated concepts. 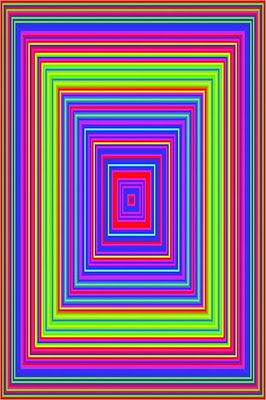 For instance, the painting above is a visual representation of the sound waves contained in Rachmaninoff’s Piano Concerto No. 3.

Harbisson argues that the Eyeborg has become so integral to his sense of perception that it should be allowed in his passport photo. Electronic devices are typically not allowed to appear in official documentation, but the artist is hoping rules will be bent as the line between humans and machines blurs more and more over time.

Color Theory
When complimentary colors are placed next to each other, the individual colors become more vibrant. This basic color theory is useful to consider when picking colors to decorate your home ...