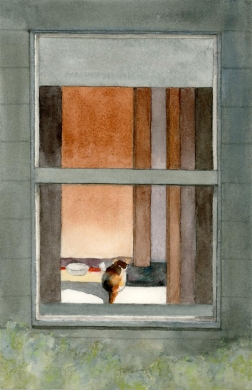 Window With Cat by Joan Franklin on zatista.com

Whether you are a cat lover or not, it can’t be denied that domesticated felines have inspired many artists throughout history. These creatures have a whimsical nature, often display aloofness, and have a propensity for solitude. Maybe this explains why artists over the ages have been attracted to cats. Or, maybe they’re just good to look at. 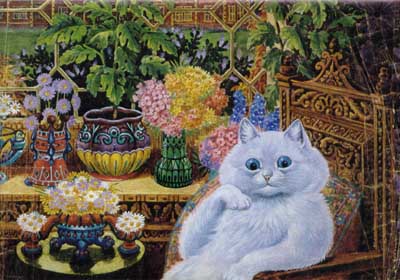 The Master of Cat College by Louis Wain on cartoonworld.org

Some artists have spent their whole careers depicting cats as their main subject matter. The English artist Louis Wain became famous for his large eyed anthropomorphized cats and kittens, standing them upright and dressing them in the clothing of the day. 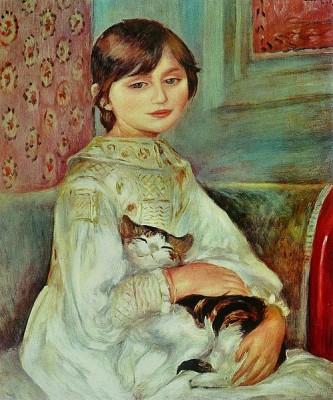 Julie Manet with Cat by Pierre-Auguste Renoir on wikipedia.org

Henri Matisse and Pierre Renoir were both cat lovers, often depicting them in their paintings. Although, one wonders whether the feline appearances were intentional or whether these cats simply wandered into the frame as the artist painted, stealing attention away from the human subjects. 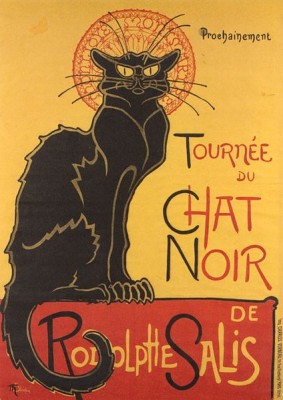 Swiss artist Theophile Steinlen demonstrated his affection for and understanding of cats in sculptures and paintings, including them in many of his posters. To this day, cats are a trademark of his work and of the Art Nouveau style in general.

Ernest Hemingway with cat in Cuba on jfklibrary.org

Nobel Prize recipient and author, Ernest Hemingway, often wrote about cats and surrounded himself with them throughout his life. Up to 50 polydactyl (6-toed) cats still reside in Hemingway’s old Key West home and remain some of the most famous cats in the world. 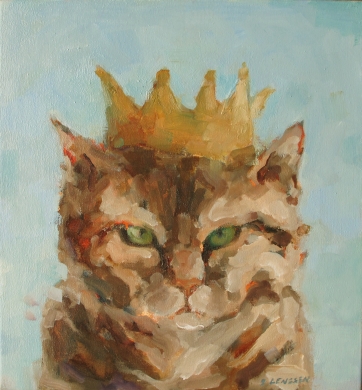 Cat With Crown by Georganna Lenssen on Zatista.com

But for those of you who prefer something beautiful that doesn’t shed all over the furniture, the next best thing to a real cat is one of the many representations of cats found here on Zatista. Just like the real thing, no two paintings of cats are alike – there’s one to suit every temperament and taste, and they are each waiting for a good home. So, what are you waiting for?

Brian Sylvester is a guest blogger on WallSpin, and an artist on Zatista. 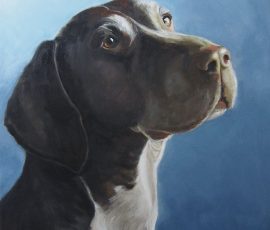 Holiday Pets
With all of the hustle and bustle of the holidays, we certainly cannot forget our pets. After all, what a big part of the family they are! Many of us are even dressing our pets up in festive holiday attire. If this is YOU, do your pets love it or hate it? Just curious! 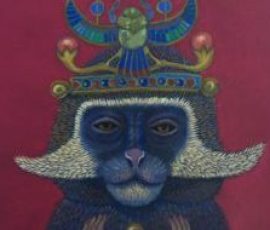 Exotic Animals
I don’t know about you, but as a child, I thought a gorilla would be the perfect pet. Think about it: they’re big enough to cuddle, with long fur that would be fun to play with, plus you could dress it up in cute outfits. To me, that would be the best pet ever, but for my mother much less so. In the end, we settled on a hermit crab, but I never stopped thinking about the gorilla that never was ...