If there’s ever been a girl who causes a stir, it’s Barbie. Whether you love her or hate her, she’s part of our culture. As a kid I loved Barbie, as a single adult I rejected her, and now as a parent I am learning to let her back into my life in small doses. This week we’re giving you this great article about Barbie with a twist, as seen in The New York Times Arts Beat blog by Randy Kennedy.

Over the last half-century, Barbie has come in about as many guises and get-ups as Inspector Clouseau: cheerleader, supermodel, ski queen, doctor, astronaut, lawyer. Last year, Mattel, the doll’s maker, released “Mad Men” versions, giving Barbie a pile of fire-red hair and a fetching office-girl dress in her Joan Holloway incarnation. 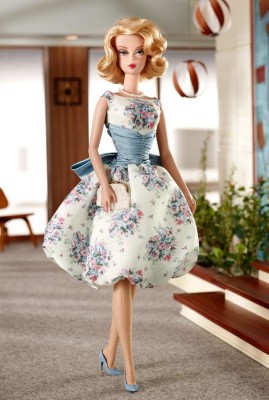 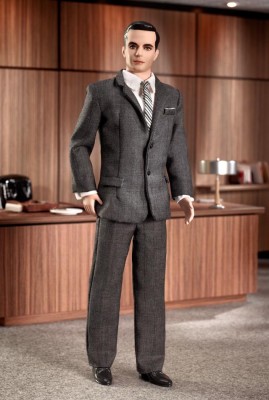 Now, high art is taking a turn at a makeover. Three Barbies have just been released, inspired by great paintings, Tablet Magazine reported. One takes a crack at Mona Lisa — a long overdue role for Barbie — though the doll itself, with heavy eyeliner and a shower of curls, looks more like a model in an ad for a Renaissance fair. 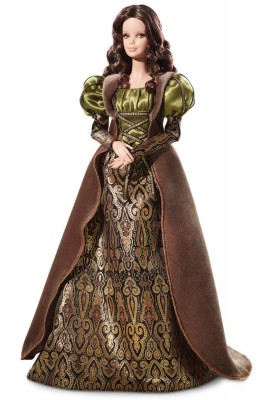 Another doll is inspired by Van Gogh’s “Starry Night,” a painting that does not happen to feature a woman, so the Barbie is simply a blonde with a “Starry Night”-print strapless gown. 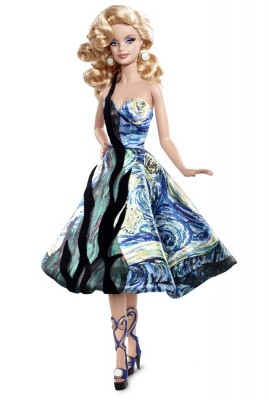 Undoubtedly the strangest of the three is the Barbie based on Gustav Klimt’s “Portrait of Adele Bloch I,” the Viennese Secessionist masterpiece that Ronald Lauder bought for what some reported to be $135 million in 2006, one of the highest prices ever paid for an artwork. The Barbie, with a winged hairdo and a dress that gets the dazzling Byzantine mosaic pattern from the painting almost right — minus Klimt’s gold-leaf — goes for $34.95. 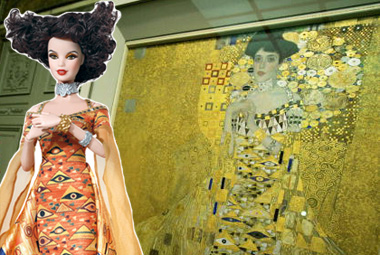 Next in the art lineup, might we suggest something Cubist, perhaps a version of Picasso’s Dora Maar? Or what about the all-American Iowa farm girl of Grant Woods’s “American Gothic”? The glowering father and pitchfork would be sold separately, of course.