"Milton Glaser: To Inform and Delight"

A while back here on Wall Spin I wrote about the diminishing role art plays in our everyday lives. Well, this week I think I found a solution to that issue, or at least an exception to the rule: we need more Milton Glasers.

Glaser is the most celebrated graphic designer in America and has been for the better part of a half-century. You may not know his name right off the bat, but you know his work: 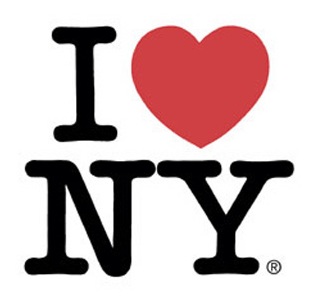 Yep, that’s him. (And he never made a dime off of that ubiquitous graphic.) Personally, sure, I had heard of the man, but it not until I saw the new documentary, Milton Glaser: To Inform and Delight, did I understand the full breadth of his influence on art and society at large. 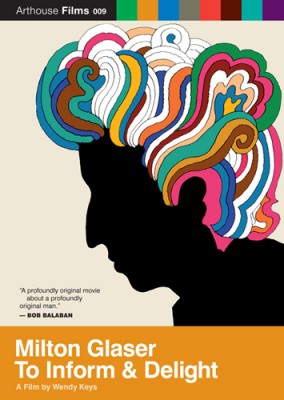 The image on the posters for the film should have been a tip off – Glaser’s cover for a Bob Dylan greatest hits album,

Then there is a vast assortment of very familiar typography, 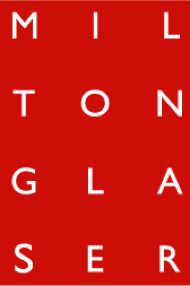 And even his most recent brand identity has been copied so much that it seems like a word in the commercial aesthetic vocabulary.

Well, it turns out Glaser spent a good 20 years designing basically everything for Grand Union supermarkets, too. Once the lines of association started to form, his sum total influence on my life started to become apparent.

Things got a little eerie when the owner of Brooklyn Brewery came on screen, explaining how he hired Glaser to design his logo and packaging. I looked down in my hand at the 16-oz can of Brooklyn Lager that my wife and I were sharing… Whoa.

Of course, Glaser is the rare gem. While watching To Inform and Delight, one gets the sense that he somehow manages to maintain an unwavering presence of mind that few mortals are capable of achieving. As most of us while away the hours at work, dreaming our way through monotony, he has turned his thoughts into a perspective worthy of admiration.

See this movie whether you are in need of inspiration or just want to witness the incredible extent to which one artist can affect your life. Glaser’s definition of the purpose of art, which he borrows from the Roman literary critic Horace, says it all: “the role of art is to inform and delight.” 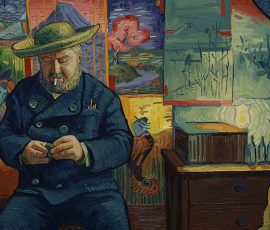 Loving Vincent
Loving Vincent, nominated for Animated Feature Film about the life of painter Vincent van Gogh, and in particular, the circumstances of his death. It is the first fully painted animated feature film. The film, written and directed by Dorota Kobiela and Hugh Welchman, is a Polish production, funded by the Polish Film Institute, and partially through a Kickstarter campaign ...
Mandela Poster Project
In May 2013, a group of South African graphic designers came up with an idea to celebrate the life of Nelson Mandela by collecting 95 exceptional images from around the world...