The sad truth is, pigeons may have an easier time discerning “good” art than us human beings do. And I’d say one reason is they’re not hampered by what Kurt Vonnegut Jr. called “those great big brains.” A pigeon doesn’t look at a painting and worry about what it says about them. Instead, they see it as either a bad piece of art or a good piece of art. Take the avian approach, and you’ll never second-guess your taste in art again.

He’s not looking at the Mona Lisa, perhaps the most famous painting in the world. Instead, he’s having his picture taken in front of it. Clearly he knows he should appreciate it. It’s important to him that his friends and family see him next to that woman and her mysterious smile. It shows he has Good Taste—that he can embrace the subtle genius of Leonardo da Vinci. But does he really? Or is it just that he knows he’s supposed to like it?

If you’re thinking of throwing some art up on the wall, forget about what you’re supposed to like. Don’t think about what it says about you. Instead, channel your inner pigeon. If your frontal lobe takes over and starts chattering about how impressed the neighbors will be, well forget it. Instead, does the image make your mind sing? Do you fall into a mini trance? Then you’re on the right path. Here are a few examples of pieces of art that work for me: 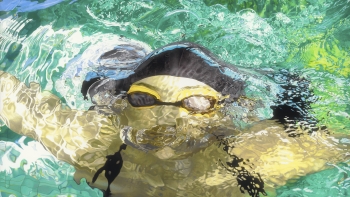 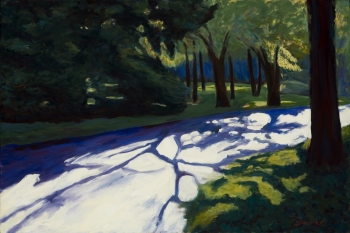 What art works for you? Not sure? Well, channel your inner bird brain and you’ll start to find out.