Pointillism is an art form that was part of the Post-Impressionist movement in the late 1880s. It was made popular by artists Georges Seurat and Paul Signac, but even artists like Van Gogh, Picasso and Kandinsky were known to have a few works made in the pointillism art style.

The name pointillism was actually intended to mock the strange art style, when art critic Félix Fénéon saw it for the first time. But it soon earned the respect it deserved – because of its uniqueness, as well as the difficulty required to master the genre.

Fénéon first called it pointillism because he described it as a painting made entirely from the point of a paint brush, and he was right. A Pointillism art piece is made entirely of dots from the tip of a brush. They can either be round or square. The result is something mesmerizing.

Since the name originally had a negative connotation, Georges Seurat wanted to call it Divisionism or Chromoluminarism – but Pointillism was what stuck and how it came to be known. 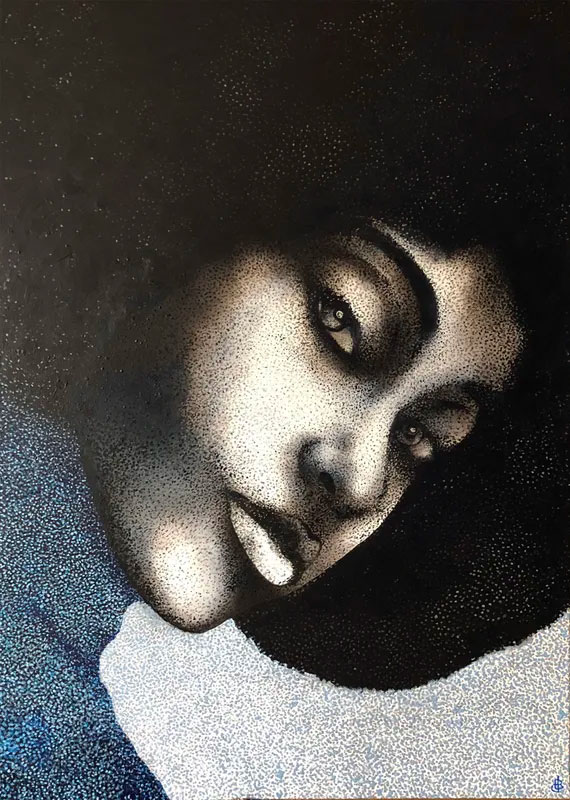 So what makes a Pointillistic art piece? Pointillism can be identified by 3 main characteristics:

Science Of The Human Eye

Seurat and other pointillists got their inspiration from the French chemist Michel Eugène Chevreul. He wrote a book about strengthening the colors on Parisian tapestry. In his work, he discovered it had nothing to do with the colors being used. Rather, it was the way they were combined that made the biggest impact.

How people would perceive the colors depended on the science of optics – not chemistry. Putting complimentary colors together like red and green made each of the colors look more intense. Pointillist artists took what Chevreul discovered and used this to fuel their art. 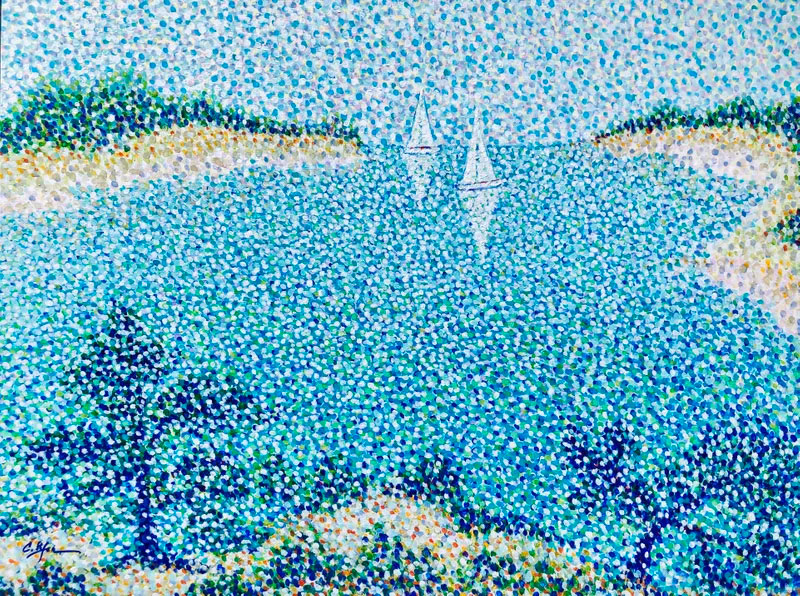 Made With Points Of Pure, Unmixed Color

Seurat and Signac believed they could achieve a more vibrant image without mixing colors like it was commonly done. This proved to be true, because as soon as colors were mixed they lost their brightness. Instead, they worked with pure, unmixed pigments and carefully placed them together in clusters and patterns that created realistic forms.

When placed together properly, these unmixed dots naturally blend with each other in the viewer’s eyes to display a stunning image. 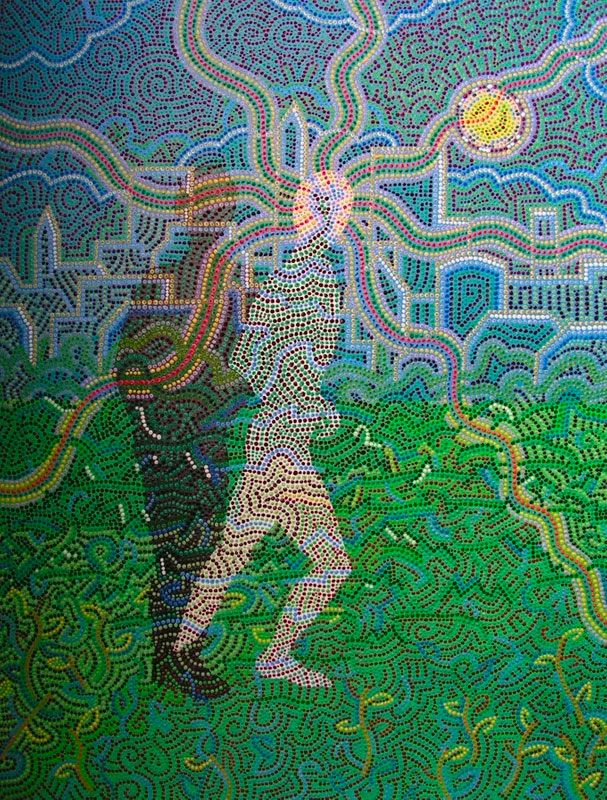 OUT OF THE SHADOW by Frederik Jouke Van De Siepkamp

It was an extremely meticulous technique that required a lot of patience. Seurat’s largest and most famous work – A Sunday Afternoon on the Island of La Grande Jatte – took him two full years to complete!

A History of Pointillism

Pointillism’s science-inspired approach made it stand out from the other traditional styles and looked deceptively easy to create. As more artists adopted the style, it became a subject of study because of the way our eyes and brains put the colors together.

Regardless of its complexity, pointillism was one of the most progressive art styles of the Victorian era.

In the 1890’s, this art genre was at its peak of popularity. Many artists were experimenting with the idea of dotted art. It also had a big influence on the Post-Impressionist movement that carried on into the early 20th century.

After that point, pointillism slowly faded away and artists began to look for other forms of artistic expression. Although, it is still an art form that is widely embraced by many artists today.

Even though pointillism as a major mainstream movement had a short lifespan, it led the way to other art styles like surrealism and fauvism which had a huge influence on modern art.

The tedious and scientific aspect of the style proved to be so difficult only a select few artists still practice it today. In modern times you can still see it in fashion, interior design and tattoos, proving that pointillism has left its mark on the world.

Interested in having a pointillistic art piece in your space? Browse our collection of one-of-a-kind original art here!