Futurism was both a social movement and an art movement that originated in Italy.

One sunny Thursday morning in October of 1909, Filippo Tommaso Marinetti was excited to drive his new Fiat sports car down the street of Via Domodossola in Milan, Italy. Marinetti was a poet and a writer but he was also about to become an important founder in one of art history’s greatest movements.

As he was driving, two cyclists appeared before him and Marinetti swerved suddenly to avoid hitting them. While he was successful in sparing the cyclist, Marinetti went upside down in a ditch.

Luckily, both men were fine and while Marinetti was stuck there, he thought long and hard about the concept of mechanized violence. He thought about the difference between the old bicycle and the modern car.

When he was helped out of his car, the young writer emerged with a dramatic epiphany that he spent the rest of the year writing about. It became the first and most famous manifesto of the 20th century, The Futurist Manifesto.

It appeared in the La Gazzetta dell’Emilia and then a few weeks later on the front page of Le Figaro, the largest newsprint circulator in France at the time and so, the Futurism movement was born. 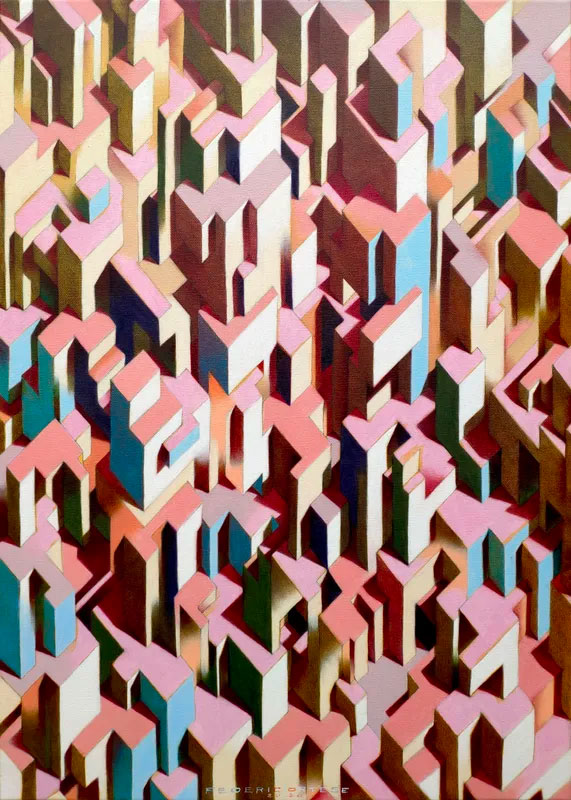 The infinite city by Federico Cortese

Futurism as an art movement embraced the modern world – its goal was to capture the energy and dynamism of the present-day, looking to the future. The avant-garde movement found its way into art, music, literature, architecture and more.

Futurist artists saw history as oppressive and outdated so they instead embraced the newest developments in modernity and industry. They often painted urban modern themes. 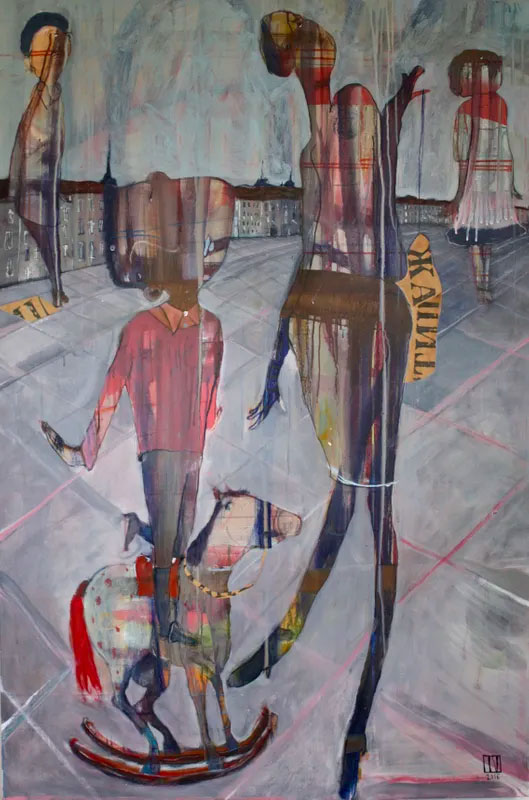 Futurist art often depicted cities, trains, cars, airplanes and all things that involved speed, violence and people in the workforce. They used techniques like blurring, repetition and lines of force inspired by cubism to show movement and dynamism.

The distinct style of futurism was slow to develop and took a lot of inspiration from post-impressionism. In 1901, Severini and Boccioni were introduced to divisionism in Balla’s studio. Divisionist art was made of dots and stripes.

A famous divisionism painting is The City Rises (1910) by Umberto Boccioni depicting a huge horse that men are struggling to control. It gave the viewer a sense of overwhelming power and was Boccioni’s first major Futurist work.

Dynamist futurist art is created with energetic brushstrokes in a fragmented style. This style of futurism aimed to capture the turbulence and shifting form of a subject.

Queen and Spadina 2 by Chris Albert

Photodynamism was a term coined by the three Bragaglia brothers who captured figures in motion with blurriness. Eventually, the Bragaglia brothers were rejected from the Futurists in 1913 because they started promoting photodynamism as a separate movement. Because of this, Futurism avoided photography until 1930 when new photographers entered the picture with techniques like photomontage and multilayered negatives.

They also experimented with film but the only surviving record of this is Thais, which was made in 1916 by Anton Giulio Bragaglia.

Looking for energetic and dynamic art? Browse our impressive collection of one-of-a-kind, curated artworks here to find the perfect piece for your space!