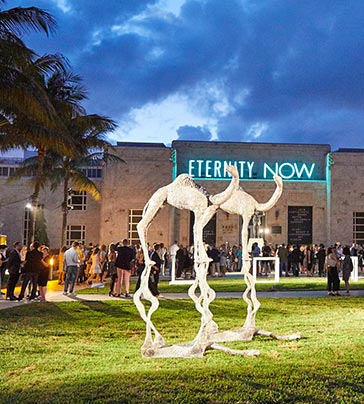 Artworks reframed Collins Park into a site for transformational experiences with contemporary art. “Public”, produced in collaboration with The Bass and supported by MGM Resorts Art & Culture. Miami 2016

According to Vogue.com, these were the 5 best things at Art Basel Miami Beach in December, 2016:

“Tide by Side” parade Photo: Jorge Miño / Courtesy of Faena

Building upon parades, carnivals, and other public ceremonials from across the Americas and the Caribbean, Tide by Side inaugurated the Faena District Miami Beach with new commissions and American premieres of works by an international cast of artists and performers. The outcome of a two-year collaboration on an unprecedented district- and city-wide scale, with more than 30 South Florida cultural institutions and hundreds of participants, Tide by Side took the form of a processional performance that provided a framework for a collective celebration of, and reflection on community and creation.

Lady Bunny | Lady Bunny’s Intergalactic Disco (2016) – Legendary New York City drag performer, DJ and founder of Wigstock creates a disco inside the Rotunda [at Collins Park]. In the home stretch of 2016, having made it through election season, Lady Bunny felt it was time to work out our collective anxieties on the dance floor. Conceived in part as tribute to David Bowie, this space age-themed disco uses theatrical design elements and effects to create an interior from another galaxy, with Bowie-in ected dance music, dancing aliens, drag queens and other strange forms of life.

4. “The Happy Room”, designed by Cristina Celestino and curated by Maria Cristina Didero

From designboom.com – at design miami/ 2016, FENDI presents ‘the happy room’ — a traveling VIP lounge that hosts a collection of furnishings newly designed by milan-based architect cristina celestino, and curated by maria cristina didero. femininity and sophistication are at the heart of this intimate and private space, carefully outfitted in pieces that allude to the rounded silhouettes and pastel color palettes of the glamorous 1950s era. an unexpected juxtaposition of materials is adopted throughout the collection of twelve design objects: tables, desks, lighting, and interior accessories are treated with a mix of brass, fur and glass, creating a novel approach to the archetype of ‘elegant design’. 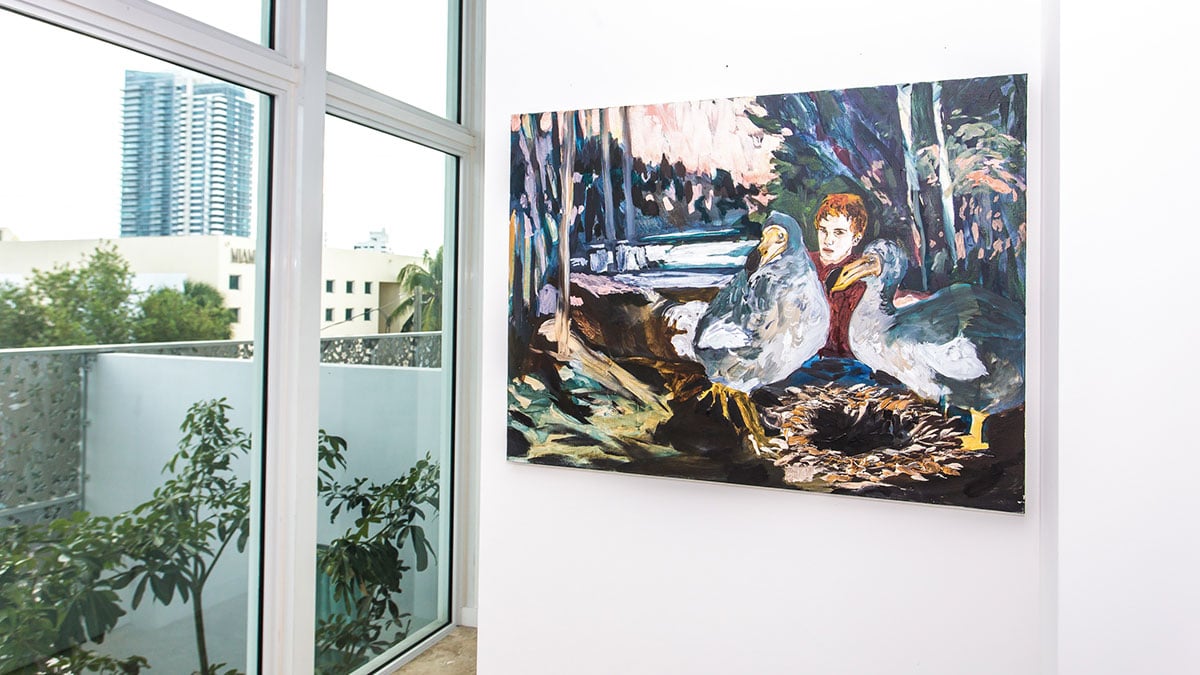 After more than 10 successful years in Paris, Laurence Dreyfus is delighted to announce the first edition of Chambres à Part in the United States. For this edition, the art advisor and curator has selected artists that come from different backgrounds and who work with a variety of materials. For example, the Swiss artist Ugo Rondinone who chose rough stone blocks as tools to create his large-scale sculptures. Other artists include young Argentinian artist, Tomas Saraceno, whose work is based on his ongoing research into the worlds of art, architecture, natural science and engineering, and British painter Cecily Brown, whose work is defined by its balance between the abstract and the figure. Visitors will also be able to discover works by Mathew Day Jackson, Olafur Eliasson, Mark Hagen, Hernan Bass, Yohei Nishimura, Simone Pheulpin, Hélène de Saint Lager, and many more.