Head of a Southern Cassowary by John James Audubon

According to the Associated Press (AP), the New-York Historical Society is exhibiting its entire collection of 474 bird watercolors by John James Audubon for the first time. They’re being shown chronologically in three exhibitions over the next three years. 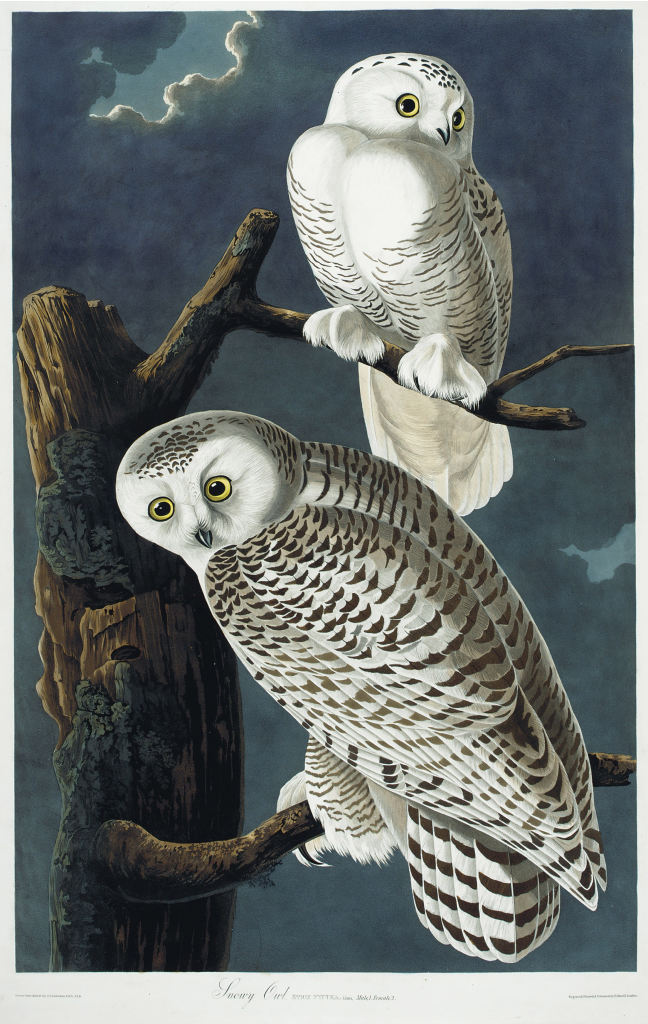 The first group went on view Friday. The exhibit also celebrates the the release of the lavishly illustrated book Audubon’s Aviary: The Original Watercolors for “The Birds of America”―published by the New-York Historical Society and Skira/Rizzoli and winner of a 2013 New York Book Show Award.

The collection includes 435 watercolors engraved for Audubon’s monumental “The Birds of America.” The intricately detailed, life-size renderings are the naturalist’s greatest work. An original edition of Audubon’s book, known as the double elephant folio, is also being shown. Its plates will be turned weekly.  The exhibit will showcase every masterpiece from its unparalleled collection of John James Audubon’s preparatory watercolor models for The Birds of America (1827–38).

The 3 1/2-foot-tall volume features all the avian species known to Audubon in early 19th-century North America. He sold the engraved plates in a subscription series. The museum purchased all the watercolors, except one, from the artist’s widow in 1863. The exhibit features the stunning collection alongside engaging state-of-the-art media installations that will provide a deeper understanding of the connection between art and nature.

Times flies when you’re having fun. The first exhibition ends May 19th.

The Art of Observation
Art is an exercise in observation. Whether the subject is real or imagined, the end result provides a lasting record and reference for future generations...