Art of the Arch 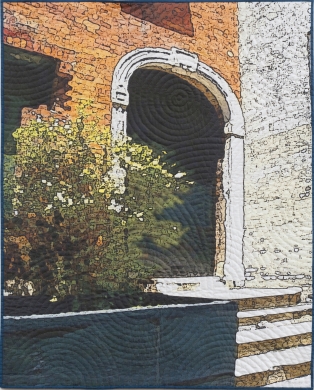 Of all the iconic forms of art that seem to appear universally across cultures, geographical areas, and time periods, one of the most impressive is the arch.

The arch can be part of another structure, or stand alone, can provide literal passage or signify a more symbolic entrance or connection, commemorate occasions or persons, or simply exist as a pleasing decorative element. 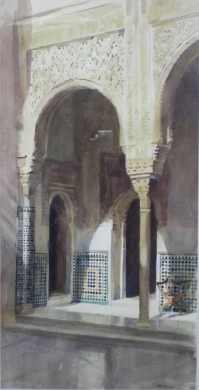 The aesthetic balance of negative and positive space is never more obvious than in an arch. Arches both contain and open, while also providing a perfect pairing of the earthbound and the uplifting. They stand their ground and at the same time reach for the sky, and seem to take our spirits with them. 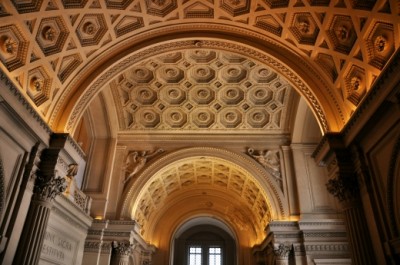 Even the Wikipedia definition has something slightly poetic about it: “an arch is a structure that spans a space and supports a load.” But architects can tell you the arch is more about a triumph of engineering than a commentary on the human condition. Meantime, the greatest architect of all, nature, has created magnificent arches without requiring the ingenuity or handiwork of man.

Arch by Blake Fisher on zatista.com

Not surprisingly, arches of all kinds have been the subject of art almost as long as arches themselves first appeared. We all instantly recognize such often portrayed structures as the St. Louis Gateway Arch or the Arc de Triomphe in Paris. This post features work by Zatista artists who have chosen some less famous examples of arches, conveying everything they represent to us as both visual objects and deeply moving symbols. What better way to bring the beauty and inspiration of the arch into your home?

Brian Sylvester is a guest blogger on WallSpin, and an artist on Zatista.