The New Art Dealers Alliance fair at the Deauville Beach Resort. A very smartly crafted exhibit. Many works rely heavily on a certain kind of refreshing formalism. The layout of the space was the most conducive to looking at art of all the fairs.

From Artlog.com: “Now in its 8th year, the NADA Art Fair is recognized as the world’s preeminent fair for important emerging galleries… 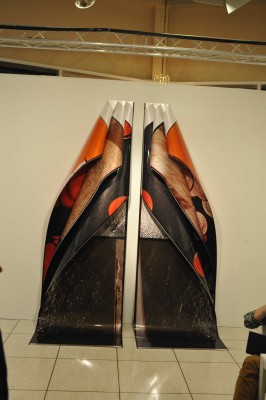 …Featuring 89 galleries from cities worldwide, a 10% increase from the last year, the fair is celebrated for highlighting new and innovative contemporary art from rising talents around the globe… 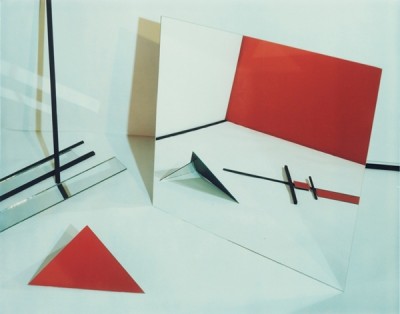 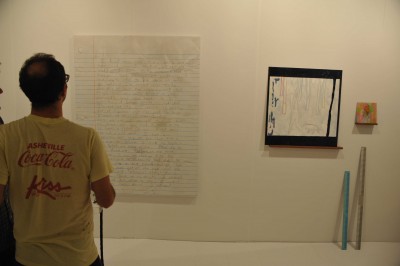 …These more economically sized booths will allow pioneering young galleries and non-profits to participate in the dynamic dialogue that takes place during December in Miami.” 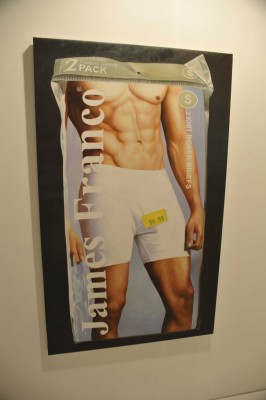 7 For All Mankind retuned to the fair this year with the intention of awarding one NADA exhibitor with the “Best Booth Prize” of $7,000. But for the first time, the “Best Booth” prize was awarded to two galleries. Winners were New York’s Kate Werble, cited for its “curated presentation,” and L.A.’s François Ghebaly, recognized for the quality of the individual artist it brought, Joel Kyack. Not sure if they split the 7K or if they each got that amount. The Let’s Talk program featured daily curator-lead tours of the fair. 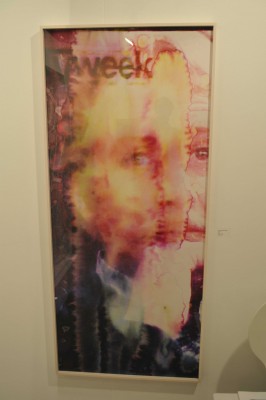 From Artlog: “Artist Sara Greenberger Rafferty’s ongoing preoccupation with performers turns to classic comedians in her latest work, and these photographs perform a bit like the comedians they depict. Rafferty prints images of comedy icons, blots the ink with water, then scans and digitally manipulates them… 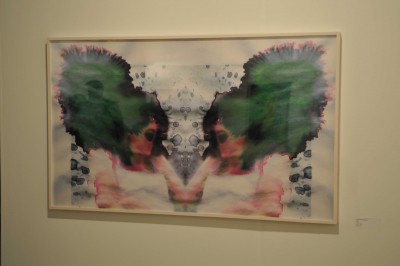 …The resulting image looks off-the-cuff but is actually carefully calibrated, making the most of a pared-down format and popular reference points. Candy is composed of symmetrical, candy-colored ink blots and iss actually a photograph John Candy.” 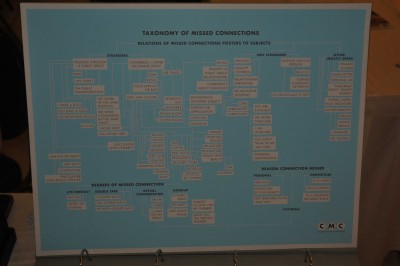 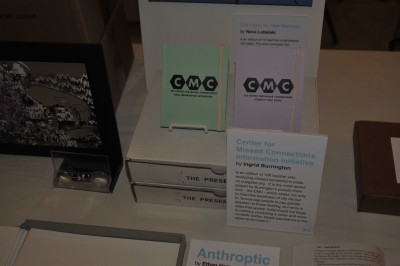 Center for Missed Connections Information Initiative by Ingrid Burrington is an edition of 100 booklet posts on craiglist.org. It is the most recent project by Burrington’s pseudo-think tank – the CMC – which seeks not only to chart the loneliness of city life but to “encourage people to pay greater attention to those fleeting moments in cities that appear insignificant but linger in memory, producing a richer and more romantic and/or sleazy experience of the urban environment.”
_
For another look at Burrington’s fascinating project, see Ingrid’s desk.
_
NADA Art Fair